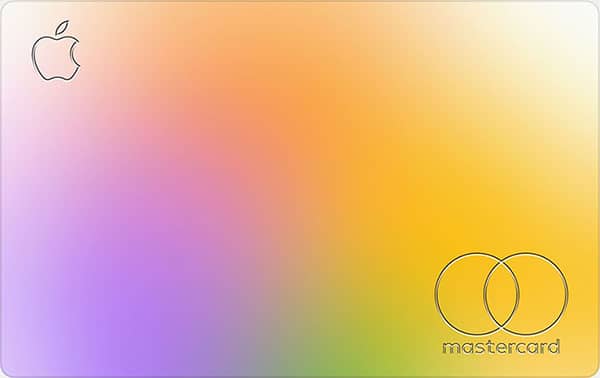 Curious if the new Apple Card is as rewarding as it seems? Find out who it's best for and if its Daily Cash and no fee perks make it worth the switch.

Advertiser Disclosure: This post includes references to offers from our partners. We receive compensation when you click on links to those products. However, the opinions expressed here are ours alone and at no time has the editorial content been provided, reviewed, or approved by any issuer.

Apple Card immodestly claims to “completely [rethink] everything about the credit card.” Is it correct? Maybe.

Backed by the Mastercard network, Apple Card certainly has a host of innovative features that old-fashioned credit cards don’t, such as daily cash-back and numberless physical cards. And it’s a harbinger of the cashless, contactless payments landscape to come. No serious observer can dispute that Apple Card is ahead of its time.

But any product that’s truly ahead of its time must also be competitive in the present. And beyond its novel features, Apple Card works pretty much like any other credit card. Indeed, in spite – or perhaps because – of its novel additions, it lacks some consumer-friendly features common to other popular cash-back cards and general-purpose rewards cards.

Here’s a closer look at what sets Apple Card apart, and how it stacks up against other credit cards.

Things to Keep in Mind About Apple Card

First, though cardholders who don’t pay their statement balances in full each month are subject to interest charges that vary with their creditworthiness and prevailing benchmark rates, Apple Card charges none of the fees typically levied by credit card companies: no annual fee, no late fee, and no over-limit fee.

Second, Apple Card is designed to work with Apple Pay, which runs on Apple (Mac) hardware only. If you’re one of the many millions of iPhone users in the United States, this card is for you. If you’re an Android loyalist, you’re out of luck.

Here’s a closer look at Apple Card’s most notable features.

Cash back earned through Apple Card purchases accrues daily. Each day a purchase posts to your account, you’ll receive the requisite cash back on your Apple Pay Cash card in the Apple Wallet app.

From there, you can use it to pay for purchases within or without the Apple ecosystem or to make payments on your Apple Card balance.

If you don’t have an Apple Pay Cash card and aren’t interested in getting one, you must accept cash back earned to your Apple Card via statement credits, which may not be much of a sacrifice.

Apple Card is essentially an offshoot of Apple Wallet. It’s designed for use in conjunction with Apple Pay – or, more specifically, as the user’s default Apple Pay payment method. Apple clearly expects most Apple Card transactions to be contactless, executed through a Web portal or with the tap of an iPhone.

Apple Card isn’t 100% virtual. The physical Apple Card is a titanium card that looks and feels just like any other premium credit card, except that it’s much sleeker. The card face is a minimalist triumph, with no cardholder name, card number, or CVV and virtually no marks to mar its metallic hue.

Apple and Goldman Sachs tout the security benefits of Apple Card’s featurelessness. Without any information to identify the card, it’s useless in the wrong hands.

Apple Card’s real-time fraud protection feature notifies you every time your card is used to make a purchase. If something doesn’t seem right about a transaction, or you know for a fact that you didn’t make it, you can immediately initiate the dispute process by tapping the notification.

Apple Card automatically organizes purchases by purchase category – entertainment, food and drinks, and so on – and merchant. Categories are color-coded for easy visualization and totaled monthly for easy budgeting. With features like that, who needs a paid budgeting app?

Apple Card’s spending summaries, visible in the Wallet app, reveal how much you’re spending, and on what, in any given week or month. You can view spending trends over time here too, which comes in handy for the periodic budget reviews you should be doing.

By default, Apple Card statements are due at the end of the month. If you prefer to pay balances more frequently – and reduce interest charges when you can’t pay off your balance in full before the statement due date – you can set weekly or biweekly payments too.

Apple Card’s built-in interest calculator automatically tallies expected interest charges when you pay less than the full balance due on your card before the end of the grace period.

Credit card issuers are required to reveal on each statement the true cost of making only the minimum payment due in comparison with at least one larger monthly payment.

However, this is a far more robust and interactive interest calculator that’s significantly more likely to nudge you to boost your monthly payment.

It’s not clear how Apple Card arrives at these suggestions, but they appear to be based on cardholders’ spending patterns and payment history.

Apple Card offers interest-free monthly installment payments for select Apple products purchased through the company’s sales channels. You can easily see the size of your installments and how much you have left to pay in the app.

Apple Card has a text-based support system that’s available 24/7. If you run into an issue with the card or have a question that doesn’t concern a disputed charge, which you can handle through the real-time fraud protection interface, this is your ticket to a resolution.

These are among Apple Card’s principal advantages.

Apple Card doesn’t charge any fees to cardholders. This makes it all but unique, as even avowedly low-fee cards assess fees for less common occurrences such as late and returned payments.

Apple Card is among the only widely available credit cards to accrue cash back on a daily basis, rather than at the end of the statement cycle.

This card earns 3% cash back on virtually all purchases within the Apple ecosystem, excluding purchases with Apple Pay merchants. This 3% category covers, but isn’t limited to, the following:

Apple Card also earns 2% cash back on purchases made with Apple Pay merchants. So if you’re able to limit your spending to the Apple and Apple Pay ecosystems, you’ll net somewhere north of 2% cash back on this no-annual-fee card, depending on your exact spending mix.

Apple Card is more secure than your average credit card. The physical card doesn’t have a card number or CVV, so you won’t have to worry about what could happen between the moment you lose your card and the moment you freeze your account.

The virtual card is denoted by a unique device number locked away in your iPhone’s Secure Element, far from prying eyes.

Perhaps most consequentially, Apple has a strict privacy policy that forbids data sharing with third parties. There’s no need to opt out, which is often easier said than done, and only Goldman Sachs has access to your transaction history.

Apple Card has another security feature worth touting: real-time fraud protection that alerts you whenever your card is used to make a purchase and lets you flag potentially fraudulent transactions with a single tap.

Compared with the traditional dispute resolution process, this is a snap, even when flagged charges turn out to be legitimate.

Apple Card’s default payment due date – the last day of the month – is easy to remember, even without the helpful reminders.

If you’re trying to budget on an irregular income and prefer not to wait until the end of the month to pay off your entire balance, Apple Card’s customized weekly and biweekly payment intervals have you covered.

Other credit cards let you pay off balances throughout the month, but few make it as easy as Apple Card.

Apple Card’s interest calculator and interest-reduction suggestions are classic examples of “nudge” theory in action. By revealing just how much you’ll save over time by paying a little more upfront, these features nudge you to make smart financial decisions.

Of course, it’s always best to pay off your balance in full by the statement due date, but when unexpected expenses make that impossible, it’s nice to feel like your credit card issuer is on your side.

With so many budgeting and spending control features, Apple Card feels like a personal budgeting suite with a spending aid built in.

If what’s keeping you from building and sticking to a household budget is the inconvenience inherent in standalone budgeting software, this is a potential game-changer.

Whether this feature is as efficient as Apple and Goldman Sachs promise remains to be seen, but it’s difficult to see it being worse than the status quo – for relatively simple issues, at least.

Apple Card doesn’t charge penalty interest. While it’s best never to find yourself in a position where penalty interest would apply, the assurance that you won’t be unduly penalized for a lapse beyond your control is certainly welcome.

Consider these potential disadvantages before applying for Apple Card.

If you’re set on applying for Apple Card but don’t have an iPhone or other compatible Apple device, Apple Watch is your most cost-effective option. Apple Pay runs on Apple Watch just fine, and you can pick up refurbished older versions – Series 1, 2, and 3 – for less than $100.

That’s still a significant outlay, though, and no other credit card on the market requires compatible hardware.

2. Only 1% Cash Back on Non-Apple Pay Purchases

Apple Card earns just 1% cash back on non-Apple Pay purchases. If your daily, weekly, and monthly consumption habits involve merchants that mostly accept Apple Pay, you shouldn’t have trouble earning the higher 2% cash-back rate, but not all merchants do.

Square has a non-exhaustive list of major merchants that do accept Apple Pay. Do yourself a favor and review it before applying for this card.

And it’s not as if Goldman Sachs is entirely new to the consumer finance realm. Its Marcus by Goldman Sachs loan and savings products are innovative and well-liked.

That said, it’s not hard to imagine a first-time credit card issuer experiencing some growing pains, especially given Apple Card’s novelty. At a minimum, don’t be surprised to see iterative changes to Apple Card as Goldman Sachs figures out what works and what doesn’t.

If you’re a committed Apple Pay user with the hardware to back it up – an iPhone, Apple Watch, or maybe an iPad – then it might make sense for you to ditch your traditional credit cards and going all-in on Apple Card.

Users who restrict their spending to Apple Pay merchants only stand to earn 2% cash back across the board, about as good as it gets on a consistent basis for premium cash-back credit cards. To do better than that, you’ll need to upgrade to a premium travel rewards credit card with a hefty annual fee.